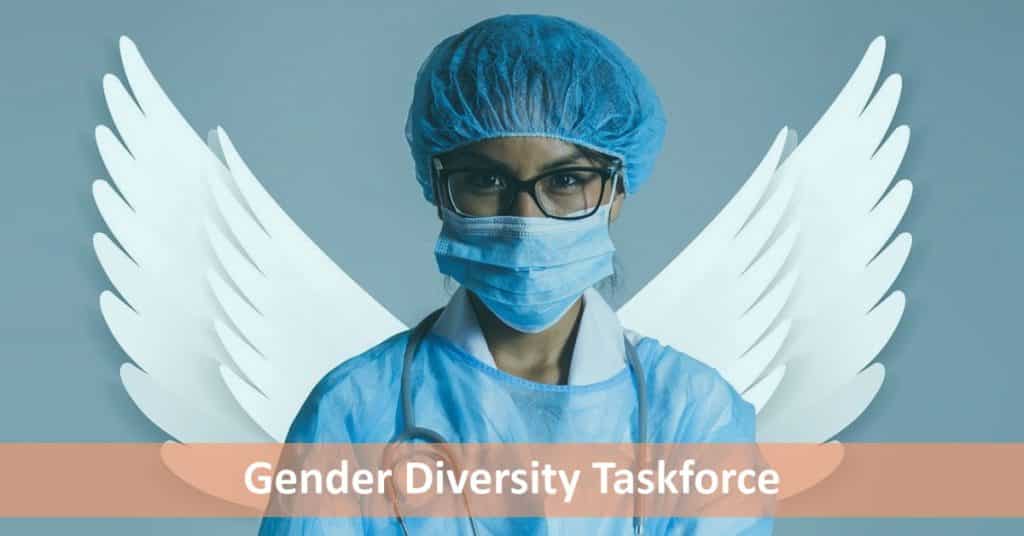 All my life I knew I want to be a doctor; I remember my grandmother in the emergency room and that is where I convinced of what I wanted to be.

During my years in medical school, was not clear about which specialty to do, I felt that I went through all of them but that they could not fill me completely, so when I graduated my first option was to be an Infectologist, in Peru and in many Latin American countries we did a year from rural service to be able to apply for a specialty, and I went to a place in the Andes of Perú, completely deserted, where I was the highest authority in Health (a recently graduated doctor) and where domestic violence was daily bread. It was thus that I had many cases of open fractures, which we could not treat in my health center, and we had to transfer the patients for approximately 6 hours so that they could arrive at a hospital and had a surgery, I remember a lot that the Orthopedic Surgeon of that Hospital didn’t have an assistant for the surgeries and he asked me for help, I agreed a few times reluctantly, trauma was not in my plans and little by little when I saw the recovered patients. I liked it so much that I just waited for more patients to arrive to operate them!

When I applied for the residency, I had decided that I wanted to be an Orthopedic surgeon, and when I entered my hospital there was only one female attending and I arrived after almost 10 years without a female presence.

I never considered that as a woman I was going to have another treat, but it was, the first months were not pleasant, but little by little my work spoke more about me than my gender. My great teachers are men and thanks to them I sought to specialize in knee surgery. Until now, I cannot deny having suffered from bullying and sexual harassment, but I can say that they were isolated moments overshadowed by the good memories that I have and led me to the path where I am now.

“Until now, I cannot deny having suffered from bullying and sexual harassment, but I can say that they were isolated moments overshadowed by the good memories that I have and led me to the path where I am now.”

Probably this story you heard so many times and you feel identified with it, no matters the age that you have or where you came from, or in the other hand this could be so far of what you lived, also could be that our environment is different. Latin America has 14 countries considered to have the highest rates of gender violence in the world, according to a UN survey in 2018 and Brazil and Mexico with the highest number of cases in the region. These not inconsiderable data tell us about a sexist society, where as a woman aspiring to have economic and emotional independence can put our lives in risk. Where our governments, despite implementing laws that classify the crime as femicide, impunity for these crimes continues.

This story is not only now. Throughout history, women have been restricted from access to education and work due to socio-cultural stereotypes that prevail to date. In a region like Latin America with a high rate of femicides, high costs of living and little access to management positions, we wonder what we can do to face this panorama.

It is increasingly common to see more women in medical schools. The proportion of women students has been rising over recent years, In 2015 from 46.9% to 49.5% in 2018. In 2019, women were around 50.5% of all medical school students, however, Orthopedics and Traumatology continues to be dominated by men many times due to canons created to require more strength, a factor that has already been shown is not decisive due to the innumerable technological innovations, the Not being able to achieve a balance between work and family, more than 40 hours of work a week, night shifts, surgical shifts that with good family support and a team work can be balanced, and also due to the lack of female mentors during the career. Reports in Australia revealed that 72% of students did not choose trauma because they did not have female tutors who were referents in the specialty.

Year after year we have been able to overcome difficulties, but there comes a moment of loneliness and that is where we look for solutions, this is how great projects arise and the need to be a strong group allows that different associations born, In Latin America, Chile were the pioneers with their Female Orthopedic surgeons founded in 2019, Females represents the 6% of all the Orthopedics Surgeon of their country. In Peru from 1634 Orthopedic surgeon, only 87(5.3%) are females, and in the lately 2019 was founded the Peruvian Association of female orthopedic surgeons.

Both to achieve greater participation in the specialty, a support and incentive group to achieve professional and personal development, through academic activities such as webinars, or achieving reach and interactions on social networks.

So far, countries such as Colombia, Mexico, Ecuador, Bolivia, Argentina, Brazil, Nicaragua, Guatemala, with the name “orthowomenlatam”, with collaboration of our older associations (Chile and Peru) are attracting attention with the organization of monthly academic activities with entirely female panels, putting the eyes on us.

All these initiatives are born with the spirit of power not only to empower ourselves as women and professionals, but also in an academic and scientific effort, through mentoring, collaborations and the recruitment of medical students for the specialty, as well as promoting training during and at the end of the residency. We developed an annual plan, which involves a monthly presentation with a female speaker, a symposium with workshops and lectures, our journal club and a project to involves medical students who want to became Orthopedic surgeon. We have a WhatsApp group where we can discuss any difficult case and exchange scientific articles as well, we have medical students that every day is involving with this project. Also not all is academic, we organize every month social meetings, nowadays because of the pandemic are by zoom, and we have activities like karaoke, stretching workshop, and also inviting any performer, and this activities are so important because we can know better each other.

We want to offer a network between us to discuss opportunities, goals and serve as a platform to solve personal problems and concerns. Unfortunately, until now there is a lack of studies with real statistics of each Latin American country in relation to women and orthopedics, we are working to make our data more valuable.

Thus, we do not seek to separate ourselves, nor to be the same, we seek to have a space where we can grow personally and professionally with other tools to achieve the same goals without fear of harassment or bullying, having female references around the world and above all, having greater participation in academic activities worldwide.

Can we do it? Of course, there is no limit and together we will achieve it!